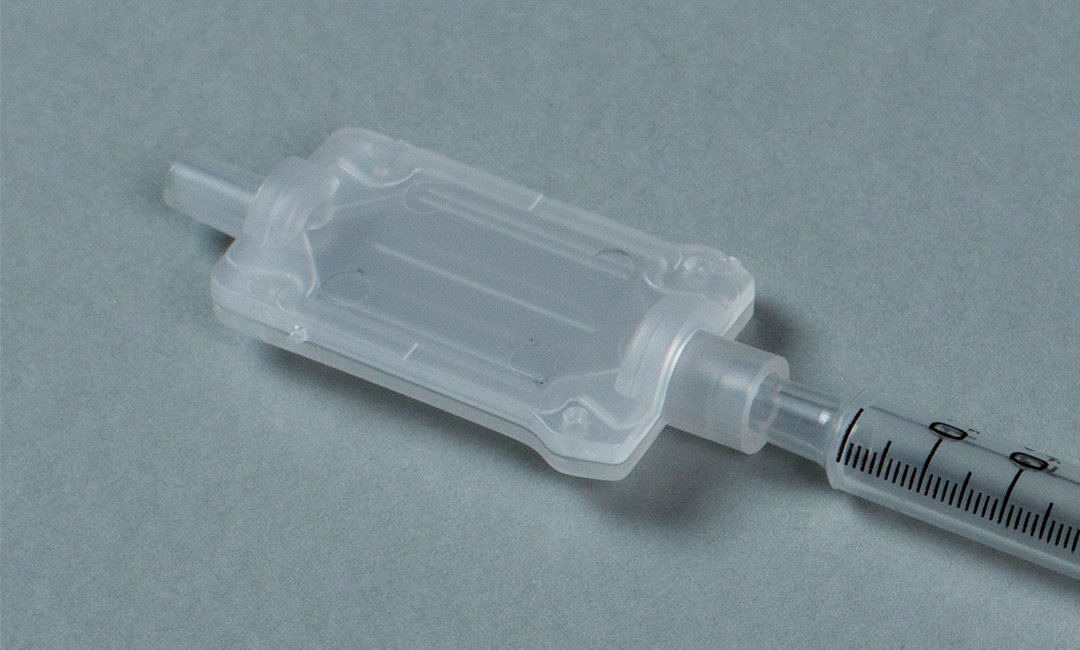 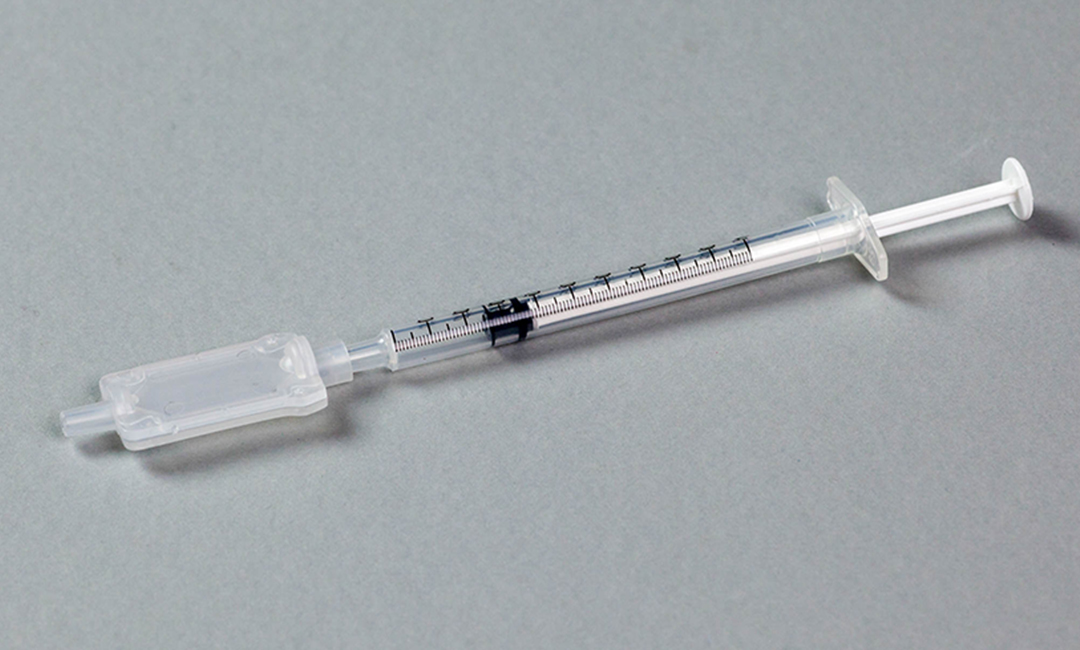 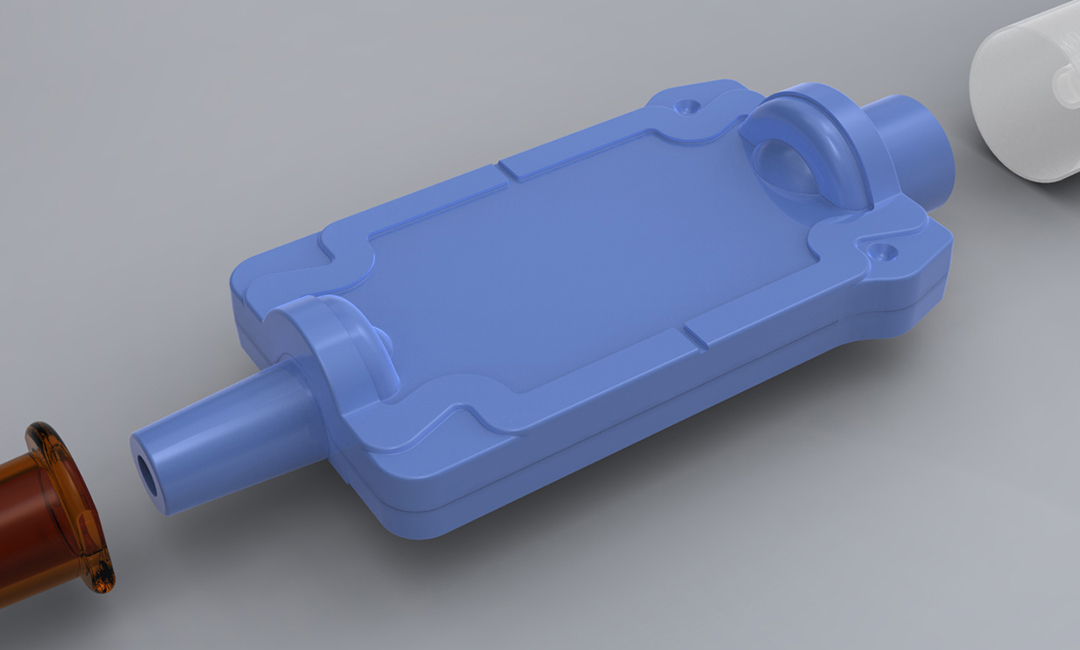 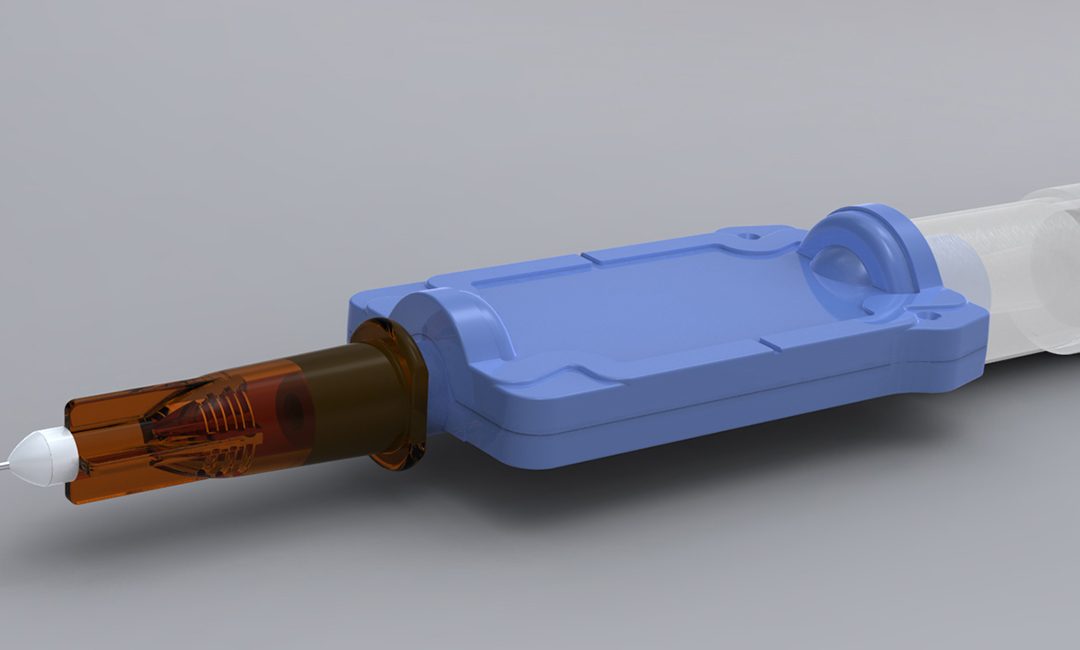 Cambridge Biostability have developed a technology to stabilise vaccines onto membranes which overcomes the challenges surrounding the storage of vaccines which need to be temperature controlled. This technique allows storage at elevated temperatures for long periods of time and re-hydration at point of use with sterile water.

Working alongside their team of scientists we designed and engineered a housing around the membrane with minimum dead space and maximum flushing capability which could be cleanroom moulded, sterilized and then assembled in an aseptic isolator to cGMP.

Rapid prototypes were made to test the flushing capability. Once the housing design had been proven it was converted into a set of injection mouldings. Materials selection was critical for this medical application as it impacted the moulded part design and manufacturing method.

The fully detailed components were transferred to the toolmaker for production where we continued to support the project through tooling, cleanroom moulding and assembly.

The first cGMP trials were successful and the product was recently featured on the BBC.